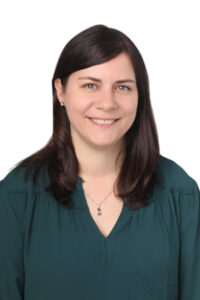 Jesse is a licensed Architect, and has been with DHD since 2013.  Originally from New York, Jesse studied architecture at the Catholic University of America in Washington, DC, where she received dual Master’s degrees in both Architecture and Sustainable Design in 2012.  After graduation Jesse moved back to New York City, with an initial focus on institutional and ecclesiastical projects including the Diller-Quaile School, Saint Paul’s Chapel, and Saint Patrick’s Cathedral.

In her time at DHD, Jesse’s focus has shifted towards high end residential work.  She has managed a broad range of projects, from apartment renovations to ground up construction of single family homes.  She relishes the different challenges that each new project may present, and enjoys every stage of the work from early design sketches to the finishing stages of construction.  She strives to create beautiful homes that are both elegant and warm, and functional in a way that is tailored to each client’s needs.