Originally designed by Delano and Aldrich in 1917, this Upper East Side Carriage House served as carriage house to the William and Dorothy Straight mansion several blocks away on the Upper East Side of New York. With practically no original detail, this relatively humble structure was reconfigured into something more befitting the client’s needs. To convert it for a single family, interior floor plates are carved away to form two elegant double height spaces. The front façade is modified to express the grandness of the new interior. A beautiful new rear garden is formed by the demolition of an overbuilt addition. The entire rear façade was removed and replaced. A full floor was added to the roof, and a newly configured stair core incorporated an elevator. 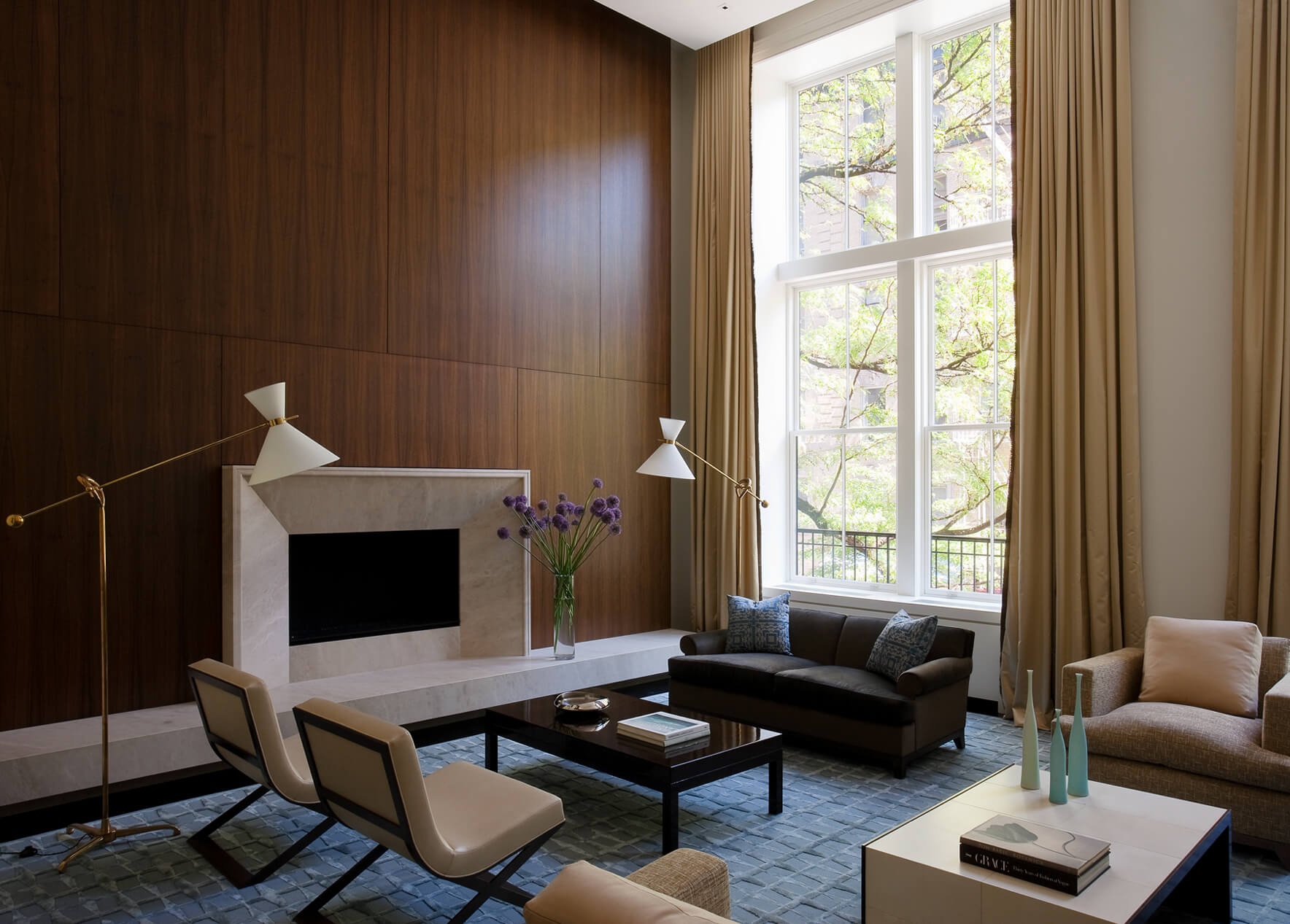