Close to Hudson Square near the entrance to the Holland Tunnel, Cobblestone Lofts at 28 Laight Street is at the northern end of TriBeCa. The 7-story complex, which is composed of four red-brick former late 19th Century warehouses, was converted in 2001 to 32 condominium apartments. The site had been formerly owned by Trinity Episcopal Church.

Our client began this renovation with a desire to “refinish” the floors. The scope quickly escalated into a full blown gut renovation once the full potential of the space was realized. Significant planning changes allowed the entrance to connect visually to the open loft space which is drenched in natural light. Other planning changes permitted the master bedroom and master bathroom to be enlarged with the removal of a redundant internal corridor.

Architectural features include marble slab walls, which were discovered and presented to the client quite opportunistically following a visit to a local stone supplier. 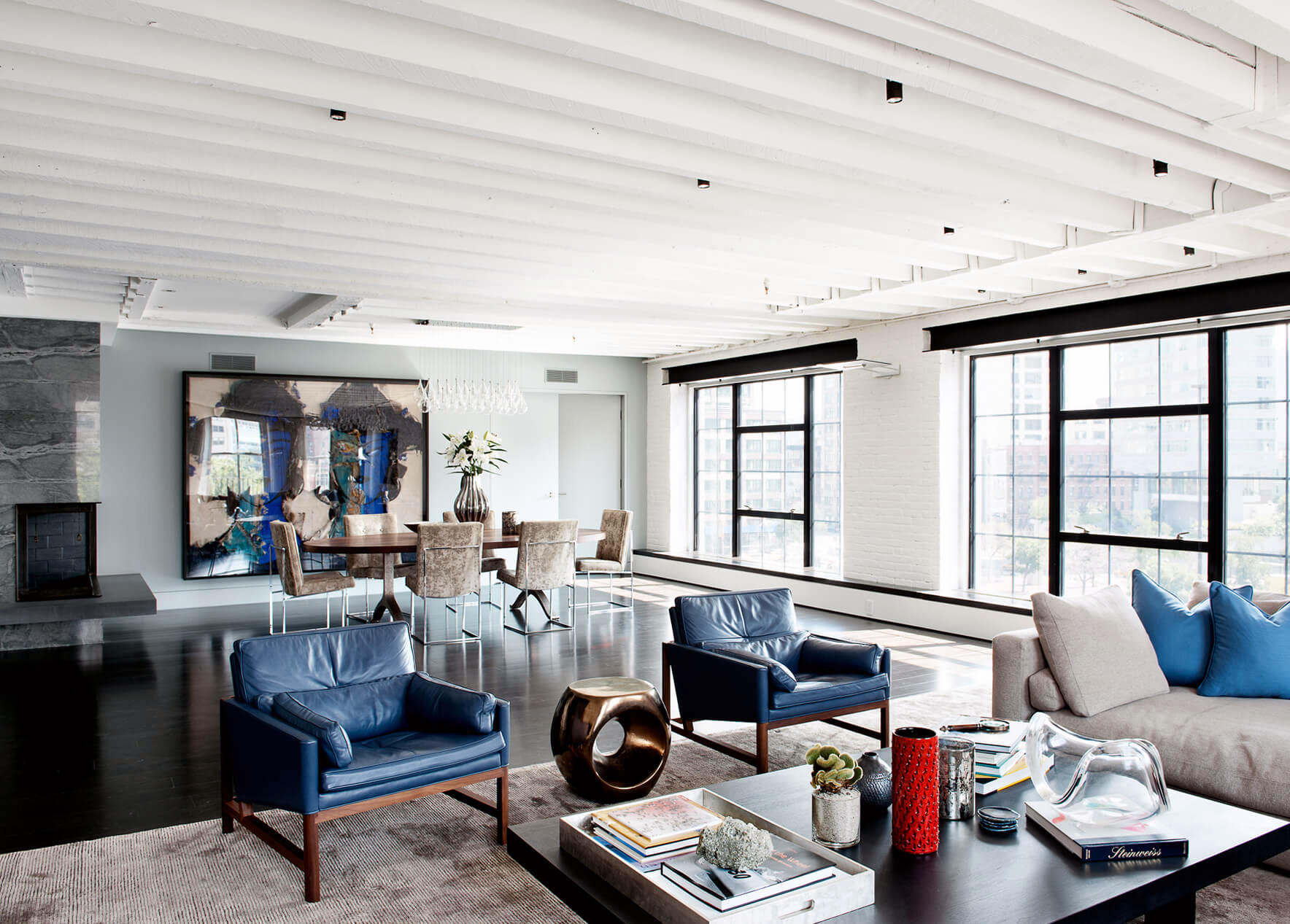